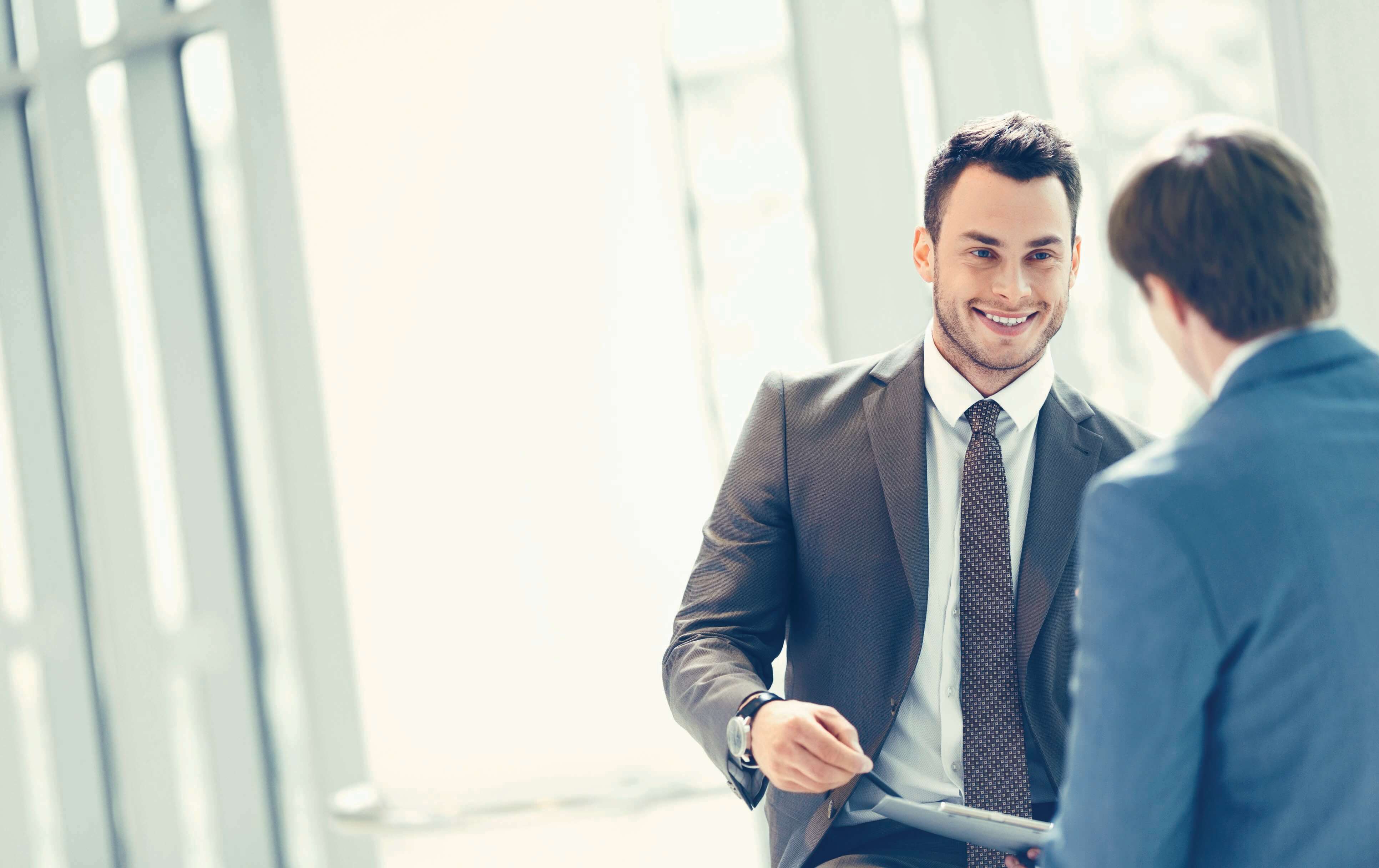 Using The Past Perfect Tense in English

Having the right skills to be able to speak in detail about the past in English is a great advantage, whether it’s at work or on holiday. You’re probably already very familiar with the simple past and present perfect, and have perhaps also learned to use the past continuous.

The past perfect tense, gives you the missing link that enables you to compare different times and actions in the past. Try our fun quiz and then read on to find out more!

This past tense is another really useful structure to introduce to the language you use. It’s fairly easy to create and has the same form for all the subjects, like the simple past. As with the past continuous, the past perfect is almost always used in combination with another past tense, usually the simple past.

How to form the past perfect

We form the past perfect by using ‘had’ and the past participle of the verb. For example,

“You had met him before.”

To make questions we invert the auxiliary verb had and the subject:

“Had you met him before?”

And to make negative forms we add ‘not’ to ‘had’:

“You hadn’t met him before.”

Here is a table with a complete set of examples: 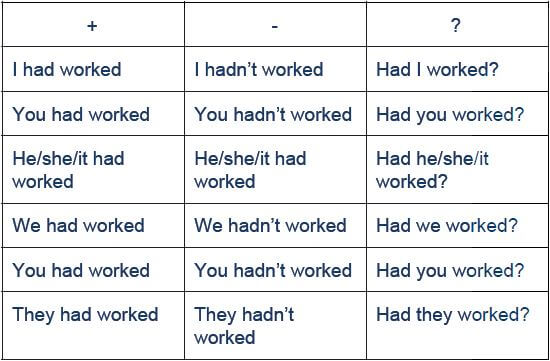 The short answer form is Yes, I had./No, I hadn’t.

When to use the Past Perfect

We use the past perfect to refer to something that happened more in the past than something else. For this reason it’s almost always used with another phrase in the simple past. For example,

Bob was exhausted. He had worked hard all day.It’s common to use the following adverbs with the past perfect like already, just, never, previously. These are positioned between had and the past participle. We can also use yet with the past perfect, and put it at the end of the sentence. Here are some examples.

When Miguel arrived, the party had already started.

The kids were really excited about visiting the fun park. They’d never been before.

I didn’t go to see the film with my friends because I’d already seen it.

When we went outside it had just begun to rain.

My brother sold his car on Saturday. He’d had it for 20 years!

When we got to the airport we realized we’d left the tickets at home.

Tim had just retired when you joined the firm, hadn’t he?

Had the boys already done their homework when you spoke to them?

Past perfect or past simple?

When you’re describing past actions in chronological order (in the order they happened from first to last), use the simple past. For example,

Yesterday my alarm didn’t ring so I woke up late and missed the bus.

If you’re talking about the past but want to refer to something that happened at an earlier time, you need to use the past perfect. For example,

Yesterday I woke up late and missed the bus because my alarm hadn’t rung.

I arrived at work late because I’d missed the bus.

As well as the simple version of the past perfect, there is a continuous form. This is again used to refer to an action more in the past than something else but it underlines an ongoing action rather than one single event. For example,

When we arrived, Laura’s Mum had been cooking for six hours!

The form is the same for all the subjects, as with the past perfect simple. The continuous form is created by using ‘had been’ + the -ing form of the verb. For example,

He had been walking

They had been waiting

Had you been sleeping?

She’d been studying for hours when she finally took a break.

How long had you been waiting when the train arrived?

It’d been snowing for hours when it eventually stopped this afternoon.

Where had he been playing before he moved to this club?

When Kim walked into the office, the two receptionists had just been arguing.

The dog had been sleeping when the children ran outside and woke him up.

Past perfect simple or continuous?

If you want to refer to a single action or event, use the past perfect simple. For example,

I didn’t have a coffee with my colleagues because I’d already had one at home.

If you want to focus on something ongoing before another action or event in the past, use the continuous form. For example,

When the boss arrived at the meeting, the team had been discussing some new proposals.

By learning how to use the past perfect, you can really take your English conversation to another level. However, it’s certainly a tense you need to hear and practice a lot, as with the other past tenses.

In the Wall Street English course you can become familiar with the past perfect in a natural way by seeing it used in context in our online video story, and then become confident in reproducing it yourself through speech and writing. You can also do some fun interactive quizzes to help you practice further.

Try this short, fun quiz to see how much you’ve learnt about the past perfect.