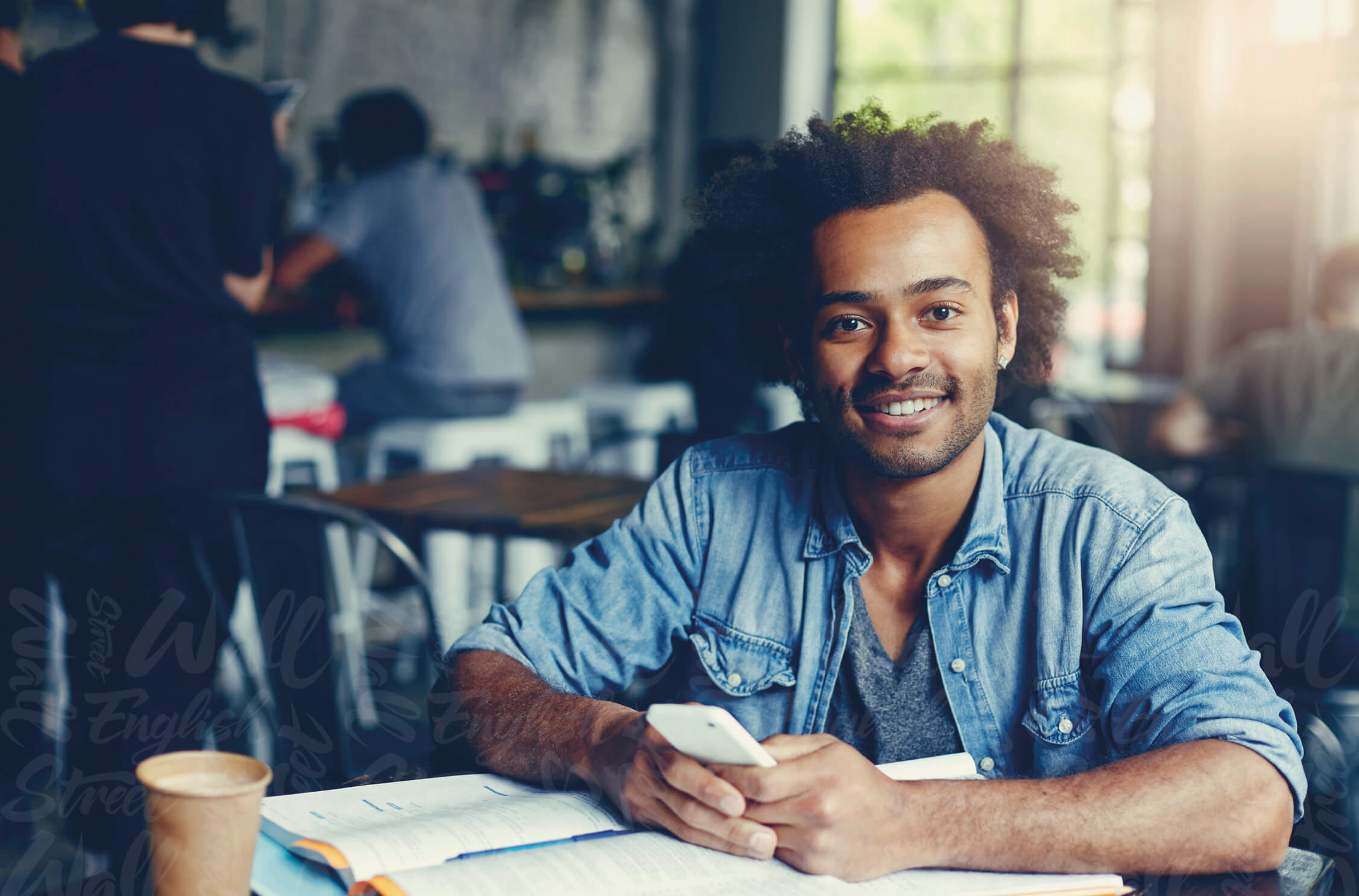 An important part of learning a language is being able to use different verb tenses. In English, there are 13 verb tenses all of which are used daily by native speakers. As a learner, you might think that is a lot to learn, but don’t worry. At Wall Street English you study each verb tense one at a time throughout the whole course. Firstly you hear the tense used in a dialogue, then you understand when and how it is used, and then most importantly, you practice using it.

The Present Simple is formed by using the base of the Infinitive.

See the following examples to form the verb To work:

The sun rises in the east.

We do the shopping on Saturdays.

Do you often go out at the weekend?

The Present Continuous is formed by the To Be Verb + Gerund (ing).

Are they waiting for the bus?

You’re going to the dentist tomorrow morning, aren’t you?

The Past Simple for regular verbs is formed by base verb + ed.

I cried at the cinema last week.

Did you enjoy the party last Tuesday?

They laughed at the joke.

The Past Continuous is formed by Was/Were + Gerund (ing form).

What were you doing at 8 pm last night?

I was having dinner.

He was having a shower when the phone rang.

The staff were having a coffee when the boss came in.

The Present Perfect is formed by the verb To Have + the Past Participle.

He’s been the boss for twenty years.

Have you finished your project yet?

I’ve been to Paris several times.

The Present Perfect Continuous is formed by the verb To Have + Been + Gerund (ing form).

You’ve been studying for three hours. You need a break!

He’s been phoning the office all day!

I’ve been waiting for 2 hours and I’m fed up! Where have you been?

They’ve been having problems with this road for years.

How long has this been going on?

The Past Perfect is formed by Had + the Past Participle.

When we got home, Hassan had already gone to bed.

The film had just started when we turned on the television.

I didn’t have dinner with my friends because I’d already had dinner at home.

Had the meeting started when you arrived?

The Past Perfect Continuous

The Past Perfect Continuous is formed by Had + Been + Gerund (ing form).

I’d been waiting for 40 minutes when the train finally came.

They’d been doing research for years when the found the answer.

She hadn’t been working long at the firm when they promoted her.

Had you been driving for long when you had a break?

The future with ‘will’ is formed by Will + the Base form of the infinitive.

Hannah thinks there will be a lot of people at the concert.

They’ll be at the station now.

I’ll have a glass of water, please.

The future with Be Going To is formed by the To Be Verb + Going To + Infinitive.

I am going to work tomorrow.

We’re going to have a pizza for dinner.

Are they going to make a decision today?

Look at those black clouds. It’s going to rain soon.

There’s going to be a big problem with plastic waste in the future.

The Future Continuous is formed by Will + Be + Gerund (ing form).

This time next week I’ll be lying on the beach!

Let’s meet at the station at 3 pm. I’ll be standing outside the café.

She’ll still be sleeping at 11 am on Sunday so don’t phone her until lunchtime.

Will you be staying at the hotel for dinner Sir?

The Future Perfect is formed by Will Have + the Past Participle.

She’ll have finished the report by 5 pm.

The kids will have already eaten by the time I get home.

I won’t have made my presentation by the end of today’s session.

Will you have arrived in the office by lunchtime?

The Future Perfect Continuous is formed by Will Have Been + Gerund (ing form).

We’ll have been working on this presentation for two weeks by Friday.

By the time dinner is ready, Mum will have been cooking for six hours!

She’ll have been studying for hours by the time we get home.

They won’t have been waiting long, don’t worry.

Remember, in order to learn how to use English verb tenses, you need to study them gradually and above all, practice them. The Wall Street English method helps you do exactly this – you listen, learn and speak. So why not start now?