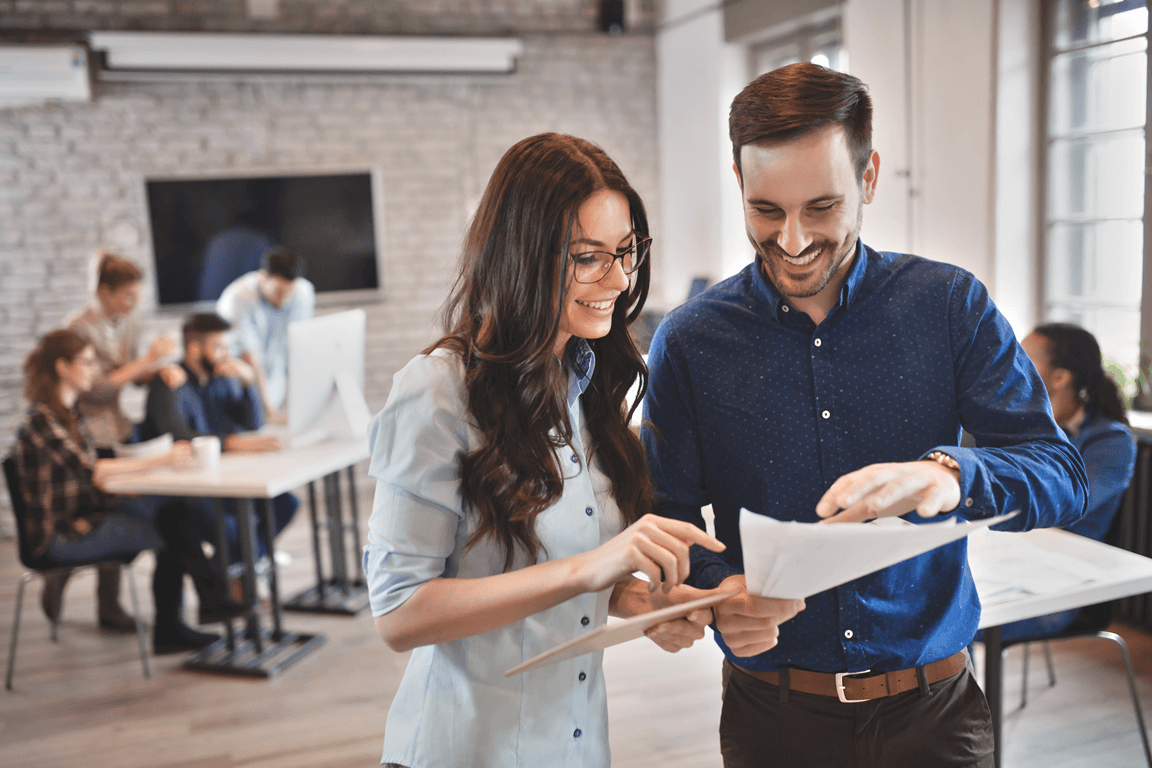 Have you heard people refer to the Passive form and wondered what they meant? Or perhaps you have some idea but find it difficult to use? The passive form is a very useful structure in English, especially for the workplace,and if you can learn to use it you’ll sound like a native speaker! So read on to find out more about the passive form and start putting it to use.

What is the Passive Form?

The passive form is a special structure we use to change the focus of an action. In most cases we make active sentences where the focus is on the subject doing an action. For example:

In passive sentences we put the focus on the object that receives an action. For example:

2000 people are employed by this company.

In order to make passive sentences the verb must be transitive, which means that the verb is followed by an object. For example:

to make a cake

to direct a film

If a verb is intransitive we cannot use the passive form. For example:

How to Make the Passive Form

To create passive sentences we use ‘to be’ + the past participle of the main verb. Here is an example of the structure in the present simple using the verb ‘to help’:

To make questions and negatives we do the same as we always do with ‘to be’ – we invert the subject and verb to make questions, and add ‘not’ for negatives. For example:

When we want to include the agent of an action (the person who did it), we use ‘by’. For example:

The ambulance drivers are helped by volunteers.

The Most Common Uses of the Passive Form

The passive form is used to:

The Cathedral was built in the 14th Century.

The roads are cleaned once a week.

The grapes are picked in September.

Then they are packaged and sent to shops.

The Gioconda was painted by Leonardo da Vinci.

E.T. was directed by Steven Spielberg.

Visitors are kindly asked to turn off their phones in the waiting area.

The payment has not yet been made.

The Passive in other Tenses

We can use the passive in several verb tenses. In every case we transform ‘to be’ into the right tense and add the past participle of the verb: 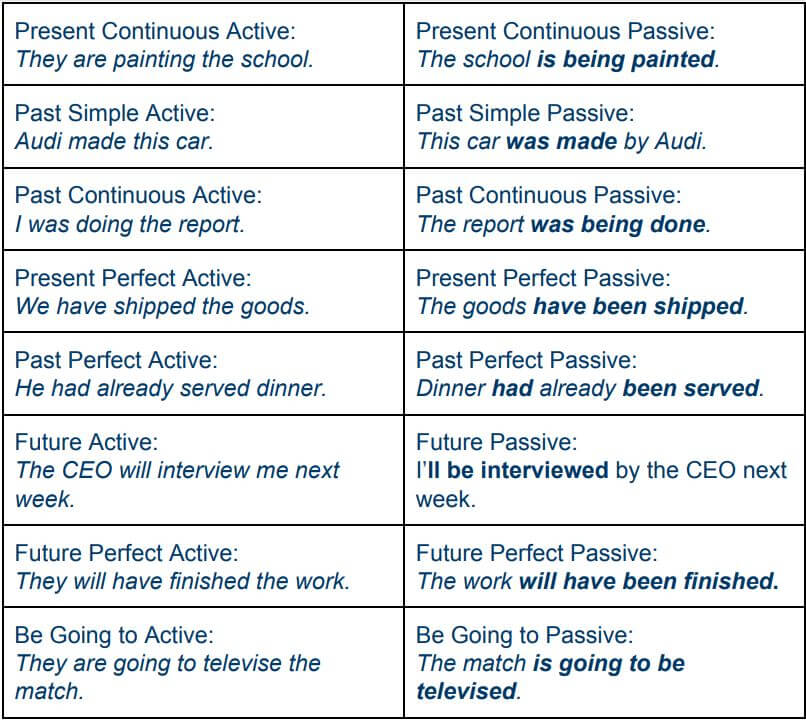 If you’re not sure whether to use the active form or the passive form, ask yourself these questions:

Here are some more examples of the Passive Form:

The criminal was arrested as he came out of the bank.

Interest rates will probably be increased next year.

Who were you introduced to at the meeting? Anyone interesting?

The Christmas cakes are already being distributed.

We haven’t been informed about the new price list yet.

This book was written by John Grisham. Have you read it?

When we arrived, our bags had already been taken to our room.

Your shirts will have been washed and ironed by 6pm.

My car was being cleaned when it started to rain.

Try doing the fun quizzes in the WSE Practice area too – they will really help confirm what you have understood here.