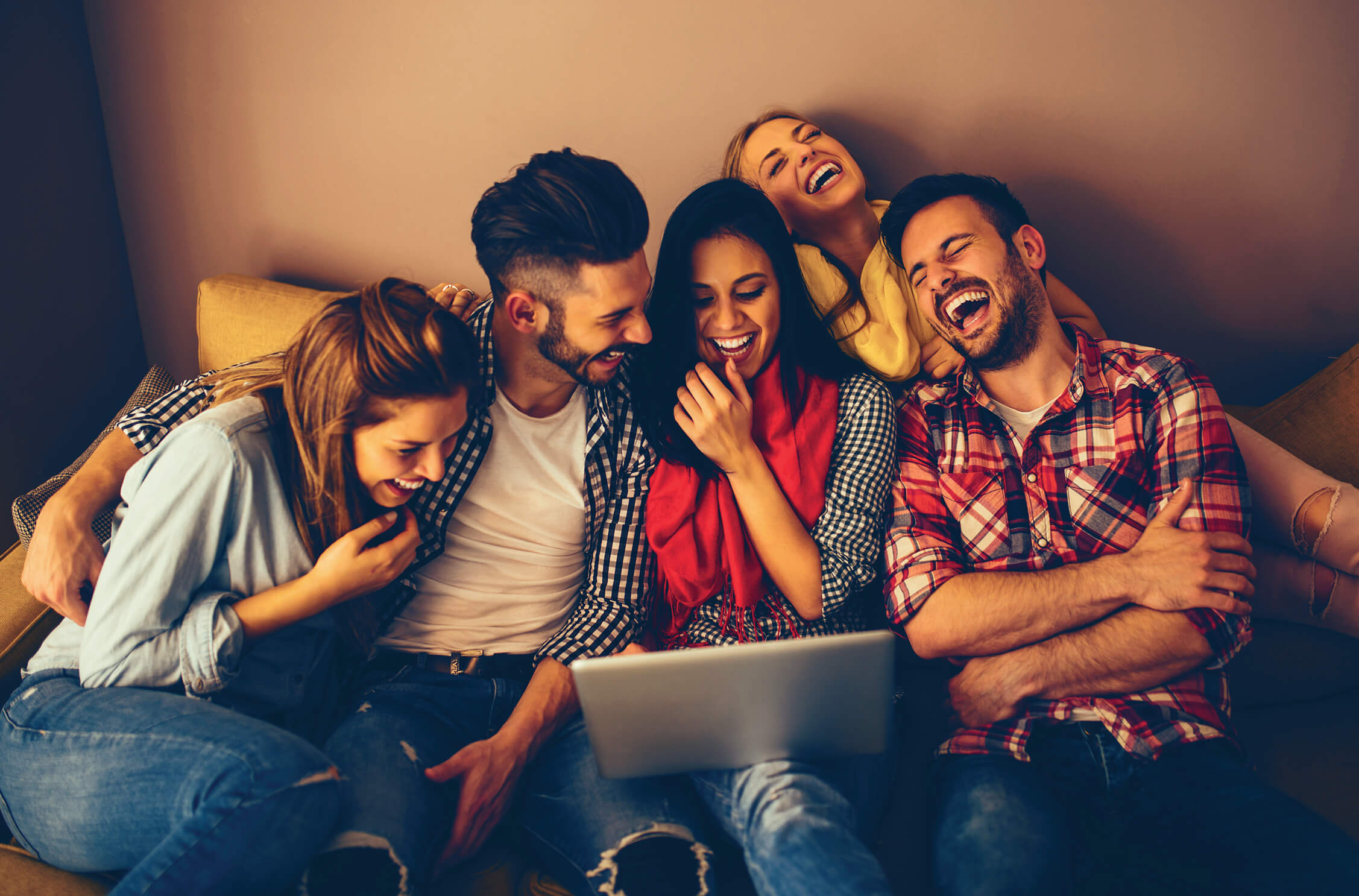 When you learn a foreign language, you naturally start by studying proper, formal structures. But once you know these, it’s a good idea to become familiar with informal words and phrases that many native speakers use when they speak. This kind of language is called English slang.

Check out this list of some common slang words so you can understand native speakers better and start to sound like one yourself!

In spoken English it’s very common to say Yeah or Yep instead of ‘yes’, above all in an informal setting. Similarly, you can say Nope or Nah instead of ‘no’. For example.
A: Everything ready for your trip?
B: Yeah, can’t wait to leave!

When you want to have fun with friends it’s typical to joke and even ‘make fun of someone’, in a nice way of course! In English there are various ways of saying that you’re joking, such as:

I’m just kidding.
Just pulling your leg.
Don’t worry. He’s only taking the mickey out of you.

When you want to express incredulity, you can use this unusual phrase. Simply add it between the question word and the rest of the sentence. For example,

(Someone gives you a strange object you can’t identify.)

What on earth is this??

(Your friend did something really stupid.)

Why on earth did you do that??

These two words have the same meaning as ‘I wish’. It’s used in response to a statement about something you’d like to happen or be true. For example,

A: If we had more money we could completely renovate the house.
B: If only…

This is a very common contraction of ‘I don’t know’. Though it’s something you can only say and not write. For example,

A: What are you doing this evening?
B: Dunno. Probably just stay in.

There are lots of ways to express a positive response to a situation. In British English, the most common is probably ‘cool’, while in American English ‘sweet’ is very popular. For example,

A: Harry is going to have a party on Saturday and has invited all of us!
B: Ah cool!

To express the opposite idea that something is bad, you can use this phrase. For example,

A: How was the movie last night?
B: It really sucked. I didn’t even stay until the end.

To be a chicken and chicken out

As strange as this sounds, we often describe someone who lacks courage as a chicken. And when someone loses the courage to do something you can say that s/he chickened out. For example,

A: Did Martin do the bungee jump in the end?
B: No, he chickened out at the last minute. He was too scared.

Another animal reference, this time meaning to eat a lot, is ‘to pig out’. For example,

We pigged out last night and ate two pizzas each! I feel awful today.

When you make a mistake or do something badly, you can use the phrase ‘screw up’. For example,

I really screwed up at work today. I sent a customer 100 tons of goods instead of 10!

If you’re lazy and spend hours sitting on the sofa doing nothing, you’re a ‘couch potato’! (‘Couch’ is another word for ‘sofa’.) For example,

Pierre is a real couch potato. He spends the whole weekend in front of the TV.

This strange phrase means to become crazy or angry. For example,

Mr Lopez went nuts when he found out we hadn’t finished the reports.

As well as meaning magnificent, the word ‘grand’ can also be informally used to mean ‘thousand’. Alternatively you can also say ‘k’ (10K = 10,000). For example,

This is a nice expression to mean that something is easy. For example,

A: Won’t it be difficult to get everything ready by 8 o’clock?
B: No, don’t worry. It’ll be a piece of cake.

If something is banal and unoriginal, you can say it’s ‘corny’. It’s often used in relation to expressions of love or sentimental ideas in songs and poems. For example,

It’s a good song but the words are a bit corny.

This phrase can have three meanings. It can be used as a greeting to mean ‘how are you’. It can also mean ‘What’s happening?’ Or it can mean ‘What’s wrong?’. For example,

A: Hey Pablo. You’re looking miserable. What’s up?
B: I didn’t get that job I applied for, so I’m a bit fed up.

When you’ve resolved a problem or finished arranging something, you can say (‘That’s) sorted!’ For example,

We’ve prepared the starters, the main course, and the dessert. Sorted!

This is a very common verb that simply means ‘stay in a particular place’ or/and ‘spend time with’. For example,

A: What are you doing this afternoon?
B: I think we’re going to hang out at Tom’s house.

Now you know some English slang words, why not continue to test your language skills with our Advanced English Test?!