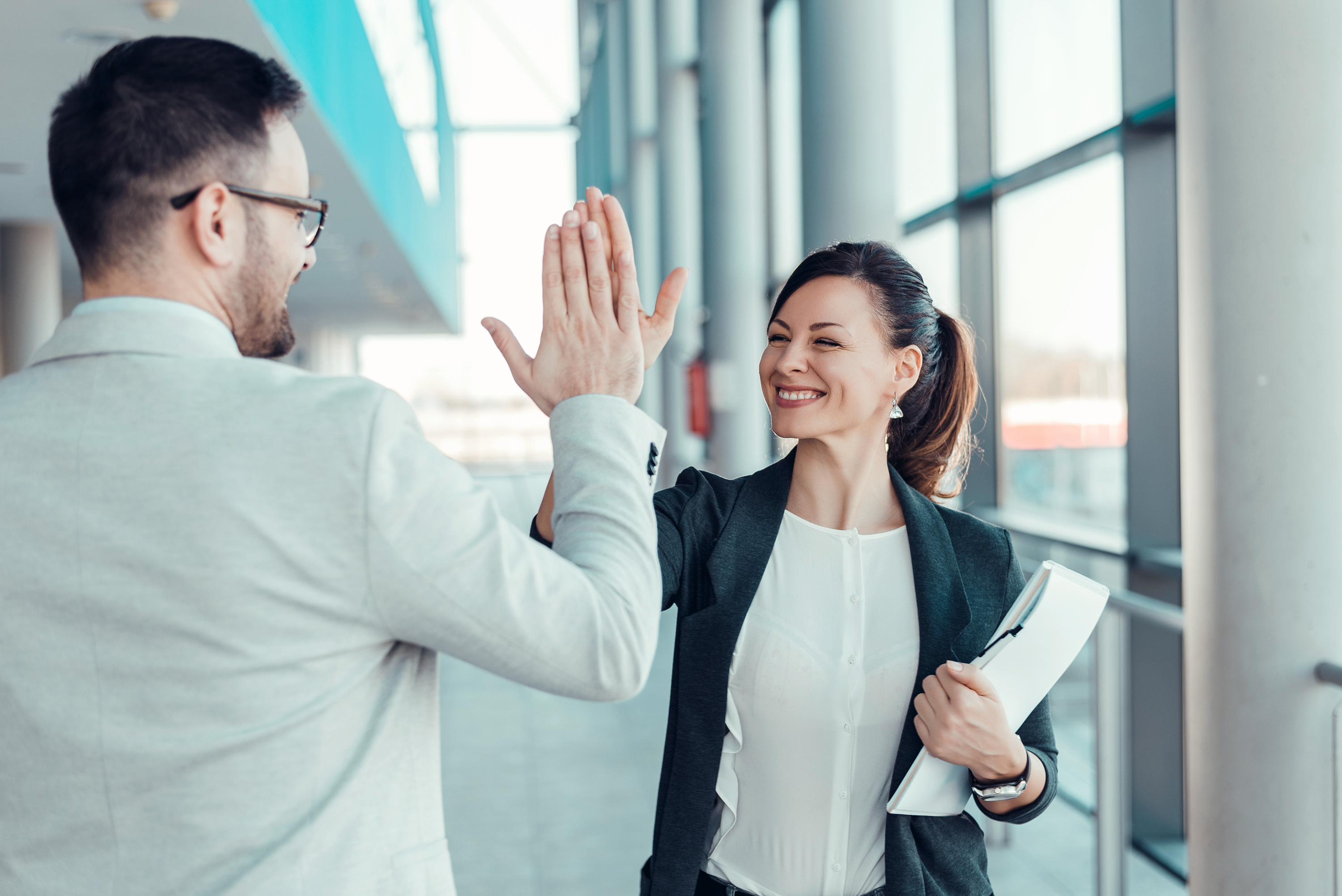 During everyday conversation, we often compare people, places and things in order to express preferences and differences. And at work we frequently have to make comparisons between products, services and companies. How can you do that in English?Read on to find out the different ways of comparing in English.

When you want to express difference, you can say that a person or thing is superior to another, or that it is inferior, or that it’s the same. The most common way of comparing is to use comparative adjectives that express a superior difference. These adjectives are formed in three different ways, according to the length of the word:

My current job is more challenging than my last one.

Which of these two products was more successful last year?

It’s more expensive to relocate the offices in the city but it’s more convenient.

The sales team is working much harder this month. They’re doing a great job!

Our profit is higher too.

Is it quicker to send the goods by air or by sea?

When the two last letters of an adjective are a vowel and consonant, we double the last consonant. For example,

It’s easier to set up a meeting online than in person.

This package is heavier than that one.

The customer service operators are busier in the morning than in the afternoon.

In order to express the opposite idea of someone or something having an inferior quality, we use ‘less’ in front of all adjectives. For example,

He seems less motivated than he was in the past.

Their brand is less famous in Asia than in Europe.

Is the organization less wealthy than it used to be?

With every type of comparison, we use ‘than’ in front of the second person or object. For example:

Our new warehouse is bigger than our old one.

In my opinion, local projects are less interesting than international ones.

When you don’t refer to the second person or object, it’s not necessary to add ‘than’. For example,

Our new warehouse is bigger.

In my opinion, local projects are less interesting.

As is common in English, there are some comparatives that are irregular and don’t follow the rules above.

Your design looks better than mine. Let’s use that.

Forgetting a meeting is worse than arriving late.

Some customers pay more for the delivery because they are located further away than others.

Working in a team is more fun than working alone.

The new software system is much easier to use than the old one.

Using a local supplier is much quicker than using a foreign supplier.

I find visiting customers much more interesting than staying in the office.

Is it much less expensive to order goods in bulk?

When you want to say two people or things are the same or not the same, you can use as + adjective + as. For example,

The E68 model is as efficient as the E69 model. (They are equally efficient.)

The new CEO is not as experienced as the previous CEO. (They are not equally experienced.)

Making comparisons in English is an important skill to be able to use at work. Practice now by doing this quiz.